While academic content and teaching strategies are important in planning children’s education, there are at least two more ingredients needed in a quality education, according to recent educational research findings.

Many educators wrongly assume young people who have common intellectual capacities and language can learn the same way and that the mastery of academic subjects is the end goal in one’s education. Both premises are wrong, according to the findings. 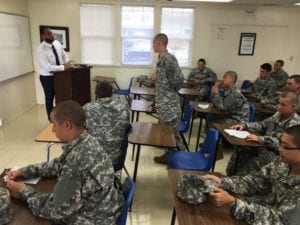 Michael Gurian is an author and authority in single-gender education whose Arizona-based institute bearing his name trains a growing number of schools on single-gender teaching strategies. The results of his research point out that boys and girls learn differently, despite having a common intellectual capacity and/or language.

The differences stem from the biology of the human brain. That boys’ brains are wired differently than those of girls impacts how each gender learns. Boys and girls think, learn, and behave differently.

Gurian cites several findings from credible studies of the human brain that show male brains, for example, are more often at rest in the brain stem which tends to prompt a physical “fight-or-flight” response when threatened. That’s in contrast to the limbic system of a female’s brain that tends to favor communications, rather than physical responses in such situations. Boys have a larger amygdala – the part of the brain that processes anger and fear and prompts more aggressive behaviors.

Boys’ brains tend to have a larger cerebellum, resulting in better sensory perception, coordination, and motor control. The effect is better messaging between the brain and body, resulting in quicker movements but less control of impulses. On the other hand, the limbic system in boys’ brains has fewer connections to verbal processing, resulting in boys typically using less emotion-based descriptive language when responding to stressful and highly emotional situations.

Comparing boys’ learning needs with those of girls, the Gurian’s findings show the following characteristics:

• Boys are visual learners, requiring more visual stimulants to keep them interested than do girls. They need to literally draw or in some way, symbolize or convey their thoughts. They also tend to learn by doing through designing and making projects.

• Boys need a short break during class so they can stand up, stretch, and exercise in place. This transitions their brain from a resting state to one that is more prepared to learn. They also need to stand rather than sit for lengths of time to be more attentive.

• Boys’ eyes function best in bright settings and natural light. Weather permitting, boys classes can be more effective conducted outside during the day.

• Boys are more willing to take risks in their quest to learn if they feel safe from the fear of failing in front of the opposite sex.

• Boys like to compete. Strategies that allow them to do so are very effective.

• Boys are more likely to thrive in structured environments where teamwork, expectations and direction are firmly in place in their classes and organizational activities. Programs such JROTC, extra-curricular, and community service opportunities help respond to their need for structure and teamwork.

The challenges to providing a complete and relevant education go beyond academic content and gender-based approaches. “Executive Function & Self-Regulation,” a study by Harvard University’s Center on the Developing Child, lists three crucial personal skills that need to be developed as part of a child’s education to enhance learning for both genders, paraphrased as follows:

• A working memory, beyond rote memorization, helps retain and manipulate distinct pieces of information over short periods of time and to digest new information.

• Mental flexibility helps students respond to different demands or apply different rules as needed by learning how to get along with others, work as a team, and mentor others.

• Self-control enables learners to set priorities and to resist impulsive actions or responses.

The Harvard study noted that children can develop these skills through relationships with adults, their living environments, early childcare and education programs, and other positive settings.

Schools also can be ideal settings for developing these learning skills as part of a leadership and character development program that also takes into account the fact that boys and girls learn differently.