Graduates of the Academy have a special bond with current cadets. The unique, life-defining experience of attending Army and Navy Academy unites alumni young and old in a long grey line stretching back to 1910. The Army and Navy Academy Alumni Association (ANAAA) supports the Academy by increasing outreach and preserving its legacy to ensure that the campus and community continue to thrive for the next generation of Warriors. Recent projects have included the renovation of the Atkinson Museum, which now proudly showcases Academy artifacts and memorabilia. The Alumni Association is committed to keeping Academy graduates informed of projects, networking opportunities, and campus events.

For any questions about ANAAA, or more information on how you can get involved, email us or call 760.547.5276.

Mark your calendar! Join your alumni brothers and current cadets at your home away from home for a weekend of memories old and new.

Attending Army and Navy Academy is a turning point in a young man’s life, equipping him with the motivation, grit, and skills necessary to succeed in college and far beyond. Alumni involvement is a key component to helping cadets excel. Here’s how you can give back to the school that set you on your path.

You have the opportunity to open the doors to Army and Navy Academy for the young men in your life. By referring cadets to the Academy, you give the gift of a life-changing experience to this generation’s aspiring leaders while forwarding your Warrior legacy.

Army and Navy Academy offers our thanks to every alumnus who refers a cadet. We will send you a $1000 gift card upon a referred cadet’s successful enrollment to the Academy. For details, please contact the Academy’s Dean of Admission, Chris Thaeler (Class of 2001), at (760) 547-5231 or by emailing cthaeler@armyandnavyacademy.org.

The Nametag Project is a recent alumni-initiated project located in our our recently renovated museum at the forefront of campus. Have your cadet nametag displayed for posterity. 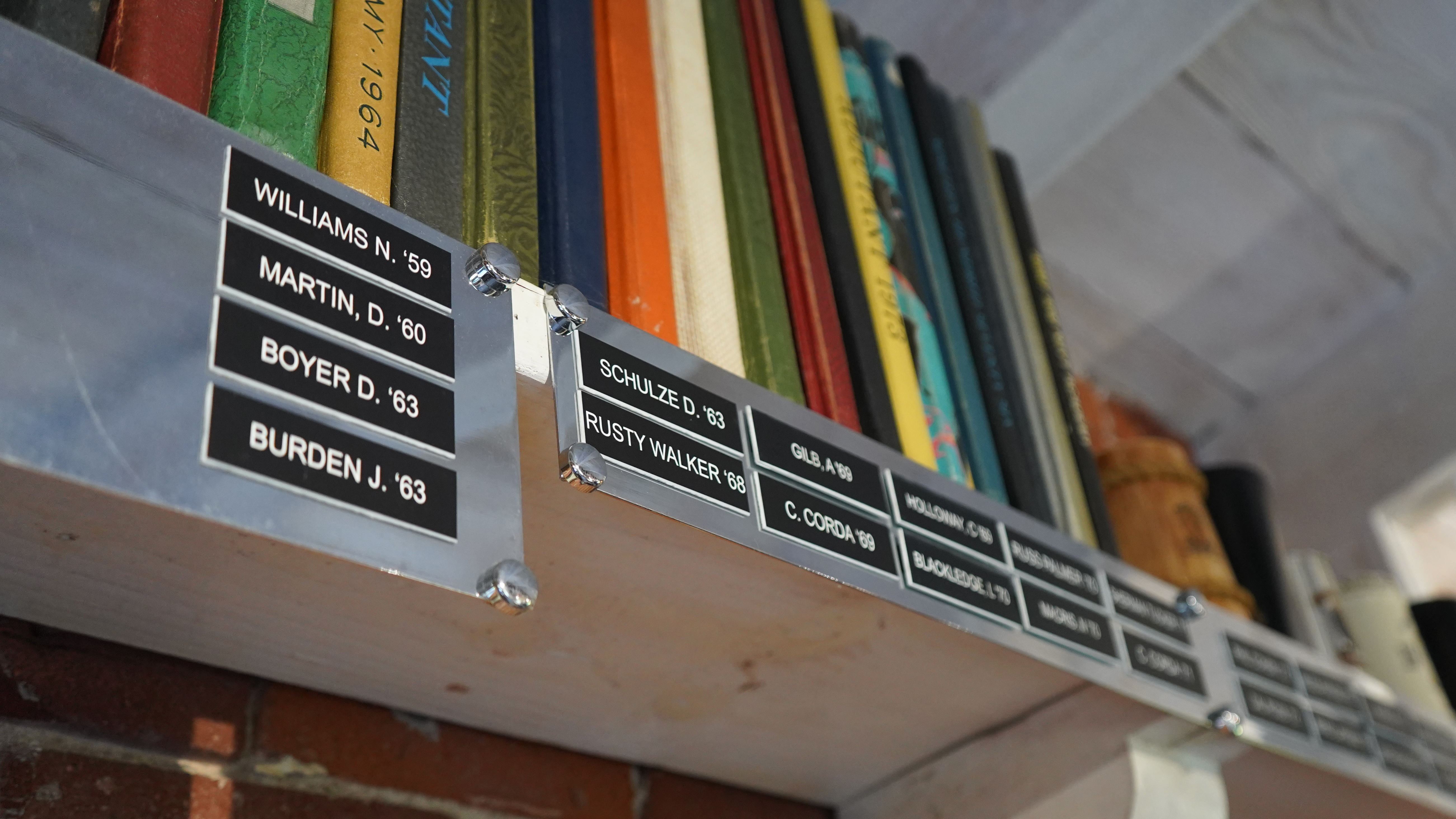 The Classes of 1953 and 2005 donated a pair of water fountains on campus that have been removed for significant restorations. We especially invite members of those classes to help with the expenses directly related to this project, but the association welcomes support from all alumni. 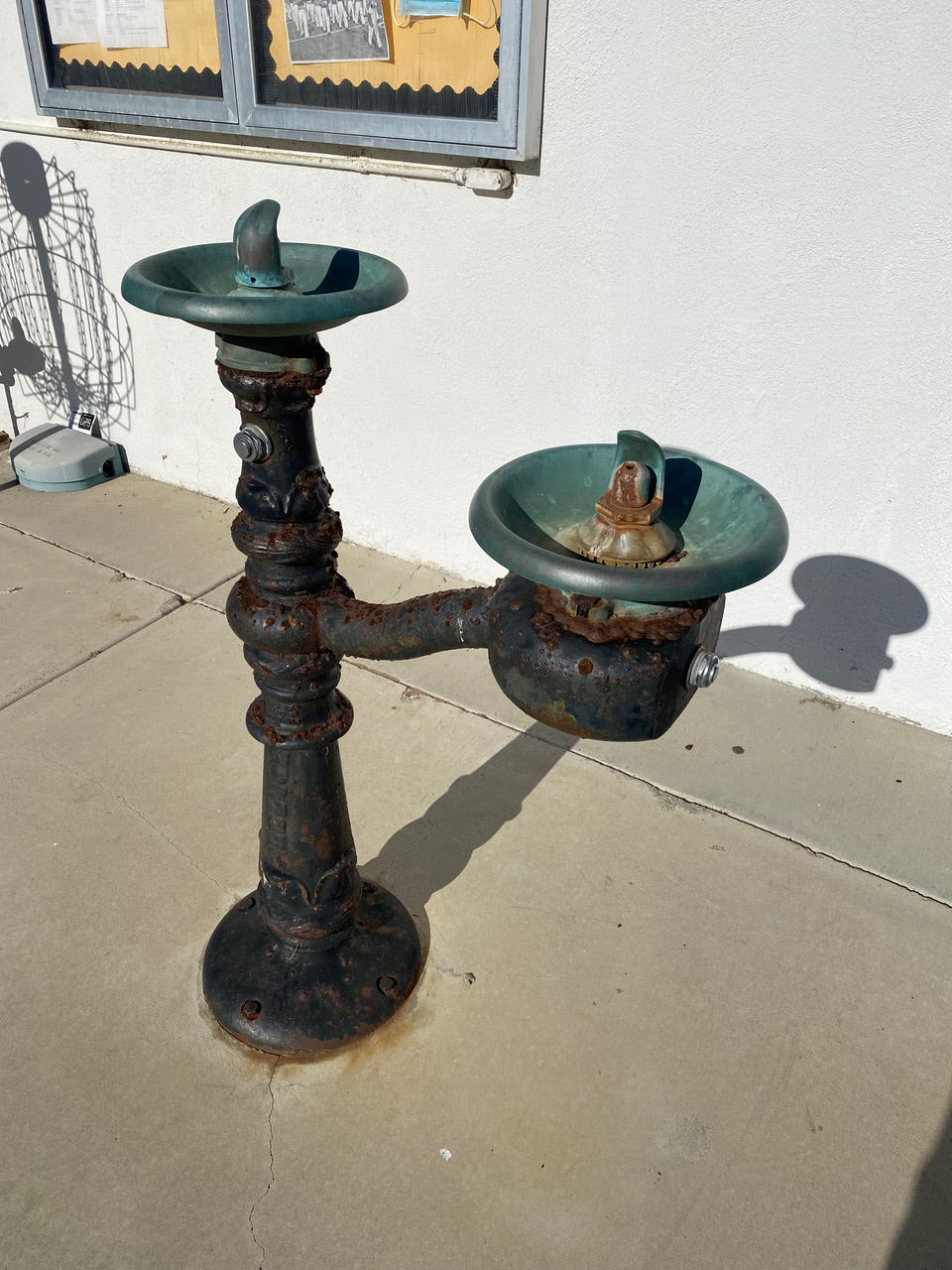 Speak with cadets who are interested in your alma mater, give them advice, and help them forge their path ahead. Some of our cadets are increasingly interested in pursuing vocational education. We welcome your experience so that cadets can learn about your industry or place of work. Our goal is to create a professional network, connecting alumni to career opportunities and helping cadets determine career directions.

If your company allows it, cadets could shadow you on the job for a day or even have summer internships there.

Your engagement matters. Stay connected to your brothers!

Instagram – Enjoy seeing cadets in action with our photos and updates.

Linked In – Stay in touch with classmates and follow our posts on campus happenings and educational topics.

Nominate the Next Golden 'A'

The Golden ‘A’ is Army and Navy Academy’s highly coveted award for an alumnus of distinction.

Do you know someone who has been a leader in his profession or community and made positive societal contributions grounded in the Academy’s tenets?

Recipients are nominated by the alumni and selected by the Academy’s Board of Trustees.

Email us if you know an alumnus who you wish to nominate.

View past Golden ‘A’ Recipients.

Share Your Story and Photos for our Annual Magazine

We would love to hear more about how the Academy had an impact on your life and career.

We also really appreciate your photos from the past or about what is happening in your world now.

You might even find yourself in the annual magazine in our notable alumni section!

Email us if you know an alumnus who might have a notable story for our annual magazine.

The sites below are linked for your convenience:

The Golden “A” is Army and Navy Academy’s highly coveted award for alumni of distinction who are leaders in their community and make positive societal contributions grounded in the Academy’s tenets. 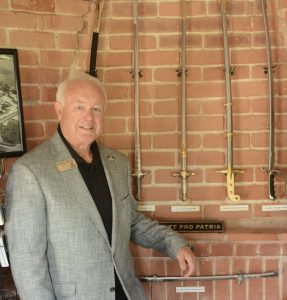 I ﬁrst arrived in Carlsbad during the summer of 1967. I was at Camp Paciﬁc where I experienced the best vacation of my life to that point. Looking back, it seems like I never left. Instead of returning home that August, my parents informed me I would be attending regular school there, which was a bit of a surprise at ﬁrst! Fortunately, several of my camp buddies were also transitioning to the Academy, and we all ended up as roommates in a large room in Fegan Hall, originally a deluxe room at The Red Apple Inn.

Fast forward 6 years and I was graduating as an oﬃcer at the top of my class, and admitted to college with honors. It was my time at the Academy that I credit all the success I have enjoyed in my life. The education, discipline, training, and personal attention gave me the foundation that I could see my peers back home did not have. I had a mission to become a Millionaire by the time I was 21. The focus that the Academy sharpened in me, allowed me to reach that goal 2 days before my 21st birthday. I am semi retired from the family business, Maclin Open Air Markets & Auctions, which is the only place I have ever worked for over 50 years.

One of my two current goals related to the Academy, is to give back more years in service to the school than the years I attended. The other is to provide more ﬁnancial support than my tuition equalled for the 6 years at the school, in today’s dollars. I seem to be on track with this plan. I’m currently serving as a Board Trustee, have received The Golden “A” Award as well as The Distinguished Warrior Award. I’m still here.

I am happily married to Liza Larsen, who volunteers to assist in my Academy projects. We live in Laguna Beach, California in a 1934 Spanish style home that is very reminiscent of Fegan Hall. Our twin daughters have married, and given the great gift of 4 grand children. One of those grandkids is Henry, who I hope someday will become a cadet.

This photo was taken in the Academy Museum, which I had the satisfaction of performing a complete renovation in 2017.

PAST GOLDEN "A" RECIPIENTS

Army and Navy Academy’s long tradition of excellence is made possible by the generous support of many alumni, parents, and friends. Every gift empowers the Academy to further its mission of educating, mentoring, and developing good character and leadership in young men. All gifts go directly toward supporting the Corps of Cadets and are 100% tax deductible.

The Academy’s bookstore now offers a wide variety of top-quality spirit wear for men and women. You can be Warrior Proud in a variety of styles. When you’re on campus, feel free to drop by the Cadet Store for more great Army and Navy Academy gear. We are Warrior Proud!

We’d love to hear about your own experience at Army and Navy Academy and its impact on your life!

Email your story to us, or tell us about other alumni you know.

The Golden “A” is Army and Navy Academy’s highly coveted award for alumni of distinction who are leaders in their community and make positive societal contributions grounded in the Academy’s tenets. Recipients are nominated by the alumni and selected by the Academy’s Board of Trustees.

Email us if you know an alumnus who you wish to nominate.

View past Golden “A” Recipients. 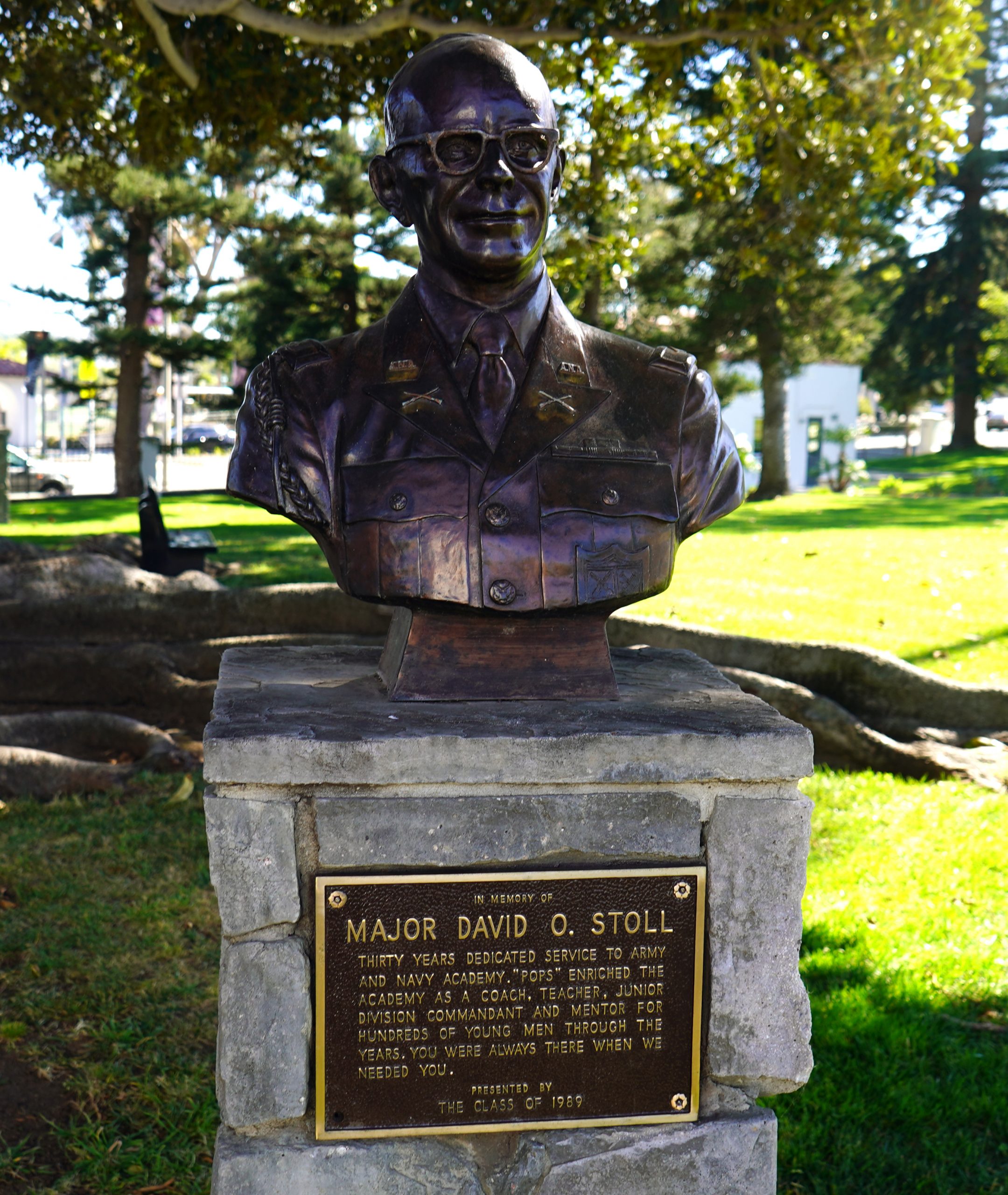