Two Things Missing in All But a Few of Our Schools

For the most part, our nation’s educators spend much, if not most of their time and resources determining what academic subjects our children will learn and experimenting with methodologies for how such content will be taught.  To be sure, academic content and teaching strategies are important factors in education but they are by no means the only variables that determine a quality education.

Not by a long shot.

Most educators tend to take a broad brush to academic content and teaching techniques, assuming children and young people who have common intellectual capacities and language learn the same way and that the mastery of academic subjects is the end goal in the educational process. Both premises are dead wrong.

Let’s start with the first missing part in most schools’ programs today: The gender factor in educating children.  For one thing, boys and girls learn differently, despite having a common intellectual capacity and/or language. The difference stems from differences in the biology of boys’ and girls’ brains. Put one way, boys are wired differently than girls. Which means, as a society, we are not doing our best to educate our youth when schools insist on putting boys and girls together in a common learning environment.   Put it another way: Boys think, learn and act differently than girls.

Several findings from credible studies of the human brain in recent years show that male brains are more often at rest in the brain stem which tends to prompt a physical “fight-or-flight” response when threatened. That’s in contrast to the limbic system of a female’s brain that tends to favor communications, rather than physical responses in such situations. Boys’ have a larger amygdala – a strange and hard-to-pronounce word that describes the part of the brain that processes anger and fear and prompts more aggressive behaviors.

Boys’ brains tend to have a larger cerebellum, resulting in better sensory perception, coordination, and motor control as well as higher levels of spinal fluid.  The effect is better messaging between the brain and body, resulting in quicker movements but less control of impulses on the part of boys.

On the other hand, the limbic system in boys’ brains has fewer connections to verbal processing, resulting in boys typically using less emotion-based descriptive language when responding to stressful and highly emotional situations.

So, What Helps Boys Learn Better?

These and other neuroscientific findings tell us that boys are more physical, aggressive, impulsive, competitive, mechanically inclined, and less communicative than girls who tend to be more efficient multi-taskers, communicative among other behavioral characteristics. Now, let’s talk about what boys need, both in terms of their physical learning environment as well as how best to teach them.

Michael Gurian is an author and authority in single-gender education whose institute bearing his name trains schools’ faculties and staff on boy-friendly teaching strategies. Some of what his findings have shown may seem at first to have little to no impact but that’s not the case. The findings that follow have proven to be effective guideposts in the Gurian Model Schools where the recommended learning environments and teaching strategies are in place.

It goes without saying there are boys who do succeed in coeducational environments.  But one can only wonder how many more boys could excel if the learning environment and teaching practices through which they learn were tailored to respond to what makes boys’ brains different that those of girls.

Our society’s problems in educating young people reach beyond the gender-based education needs in our schools to include how we define what is effective learning. There’s much more to the learning process than simply taking an academic course, cramming for the final exam and even acing the course. How many times do we hear students say something to the effect that “I forgot everything I learned in that course a week after the final exam.” 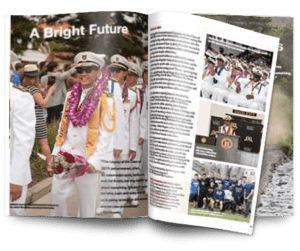 Children are not born with these skills. However, they are born with the potential to develop them through their relationships with adults and the conditions of their living environments — their homes, early childcare and education programs, and other positive settings they frequent on a regular basis. As learning environments, schools are ideal settings for these skills to be embedded in the curriculum.

Sadly, that’s only the case in a relatively few schools where leadership and character development programs teach these development skills in a single-gender learning environment that takes into account that boys and girls learn differently.