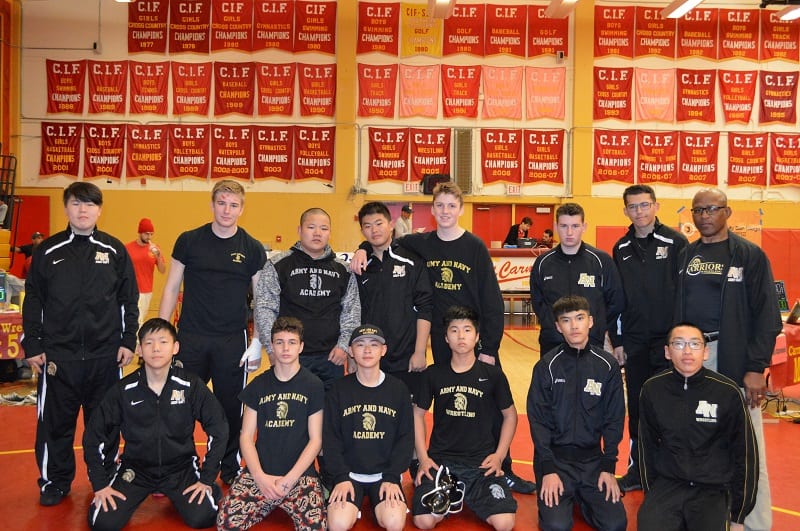 In February 2017 at the Mt. Carmel wrestling tournament, Coach Roye Oliver was presented with a Coaches Award trophy for revitalizing the wrestling program at the Army and Navy Academy. Oliver is a coach who truly cares about every individual and understands the strengths of each one. Cadets at the Army and Navy Academy, a college prep boarding school for young men, grades 7-12, not only look up to him as a wrestling coach and TAC Officer, but as a mentor and role model as well.

Oliver earned a Bachelor of Science Degree in Sociology from Arizona State University where he was a 3x, Division 1, All-American wrestler. In 1984, he was a USA Olympic Team alternate wrestler, and in 2007 a Freestyle Veterans World Champion. He is an inductee of the Nebraska Wrestling Hall of Fame and Arizona State University Hall of Fame. He also received a Lifetime Teaching Credentials for California Community Colleges Valid for Life issued. 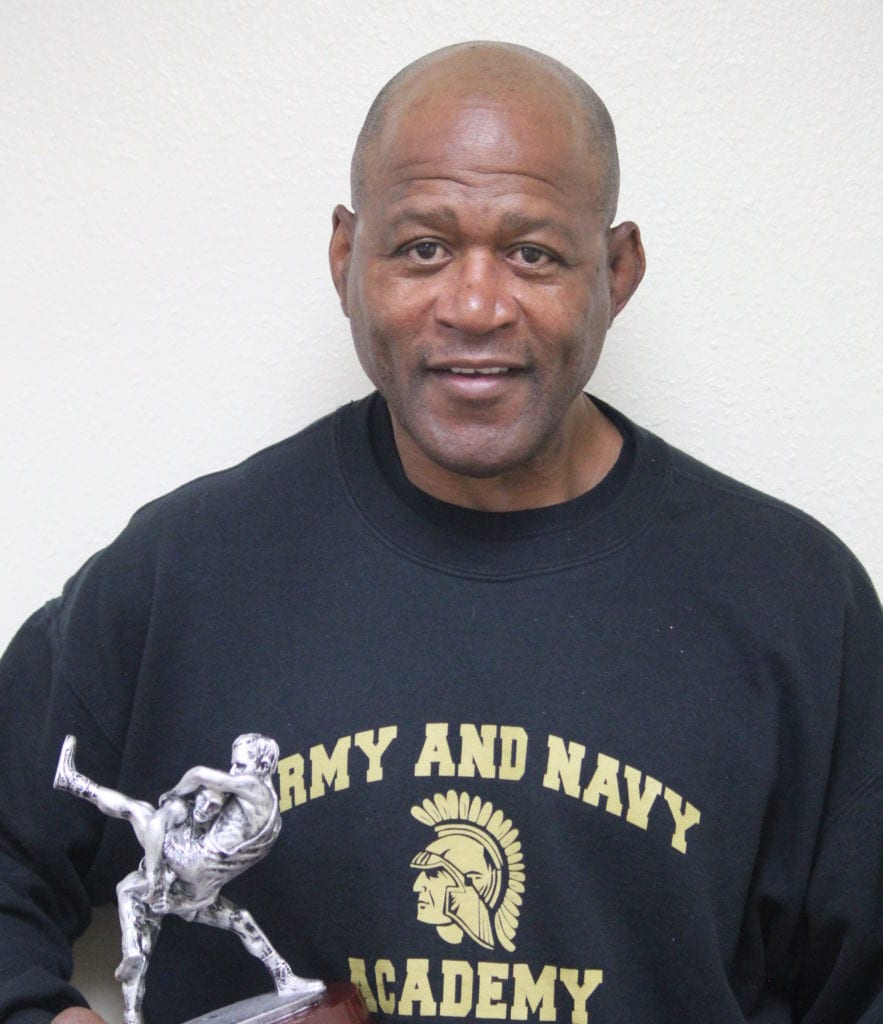 He started his coaching career in 1980 at the University of Nebraska, Omaha (UNO), where he coached four National Champions and 27 Division II All-Americans. He helped individuals become successful young men on the mat, as well as in the classroom. In 1986, he served as the Head Wrestling Coach for Palomar Community College and was voted the California Community College Wrestling Coach of the Year.

In 1984, Oliver was an alternate on the USA Olympic Team, 3X Division 1 All American for Arizona State University and Nebraska Wrestling Hall of Fame, and was part of the 1996 Olympic Coaching Staff, USA-Wrestling National Development Coach. He was also a 2004 National Veterans Freestyle Champ, 2007 National Veterans Freestyle Champ, 2007 Veterans World Freestyle Wrestling Champ “Gold Medalists,” 2007 California Hall of Champions Inductee Honoree, and served as a key organizer and administrator for 7 years at national wrestling camps, coach workshops, and clinics.

During the 5 years that Oliver worked at UNO, they had 32 All Americans, 3 National Champs, 4 NCAA Top 3 finishes as a team, and 14 Academic All Americans. As a National Development Coach for the United States, he assisted in publishing a National Instructional Manual to help prepare all coaches and athletes to work together to develop each other mentally and physically.

Oliver has dedicated his life primarily to teaching and coaching young people to achieve greatness, not only on the athletic field, but in life as well. He says the greatest reward is when he runs into a past student who gives him a smile and a thank you. Even if it’s been a long a while, the students remember Oliver and he says that’s an award in itself. 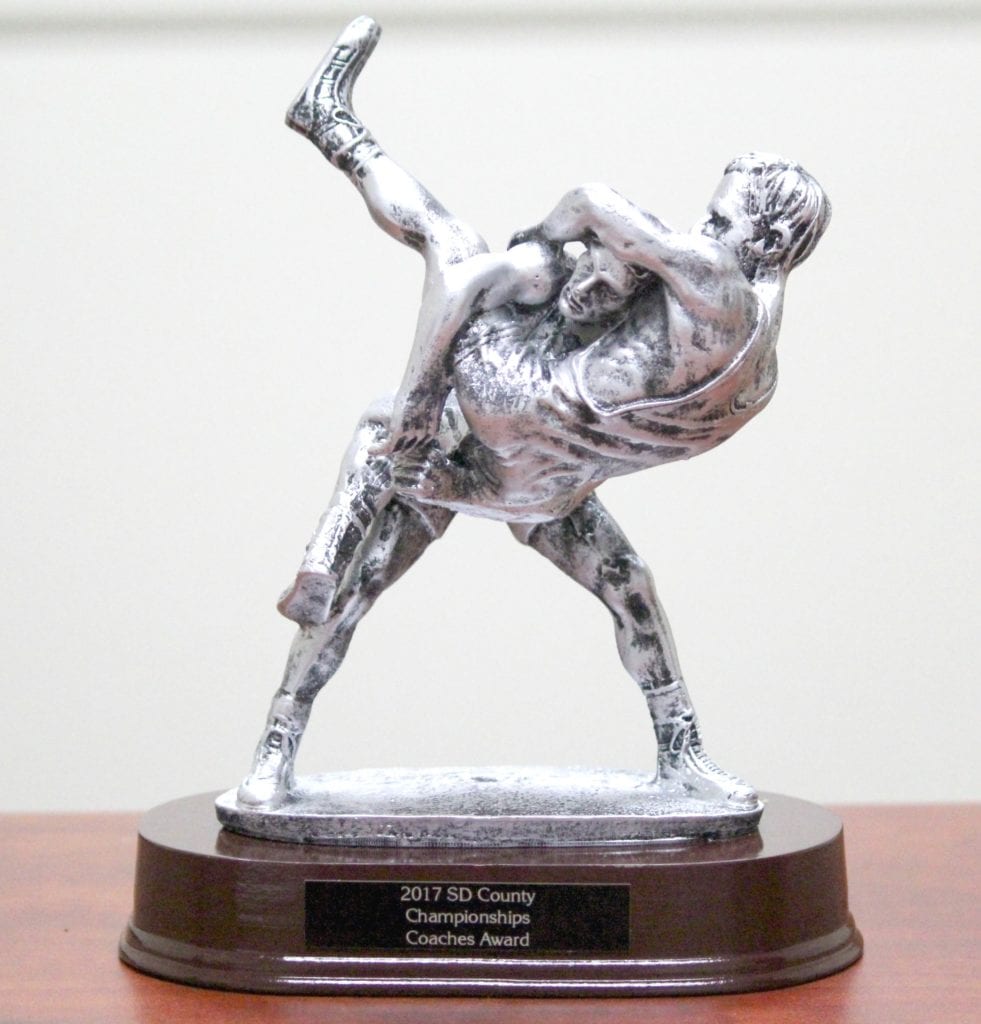 Oliver has the ability to accept when a student is struggling to achieve his highest potential and does everything he can to assist the student. He has seen several people evolve from insecure and challenged young boys into young men with purposeful direction and resolve. He has been instrumental in helping Cadets at ANA learn life skills and establish college and career goals. Several of those young men turned into medalists at the California high school state wrestling tournament and continued wrestling at the college level. College Scholarships are often granted to scholar-athletes and ANA has been the catalyst for a number of athletes matriculating to top colleges and universities. The sport of wrestling requires dedication and commitment, but it takes a patient, dedicated leader to guide athletes to their personal development, mentally as well as physically. Oliver is a coach that exemplifies these qualities.

Oliver’s philosophy on leadership is to lead by example. modeling the way, having the ability to inspire and share his vision, and using the strength of one another to excel. In all of his years as a Coach, counselor, and teacher, he has truly enjoyed working with individuals to help them become successful adults and guiding them spiritually, mentally, and physically.  Oliver leans on his spiritual and religious belief to guide and counsel young men. When he sees a young man with potential, but lacking self-esteem, he gives them guidance on how to look within, persevere, and chart a positive path towards their future goals.

Oliver has been a part of the Army and Navy Academy family since 2010 and is the Headquarters Company TAC Officer, as well as Head Wrestling Coach. He takes pride in giving back to society by reaching out to young individuals, assisting them in setting goals, and encouraging them to share their strengths with each other and with the world.