Why a Boarding School Can Make a Big Difference 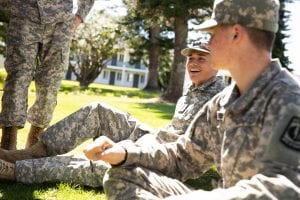 There’s been so much focus on what’s being taught in our schools’ classrooms that parents and even their adolescent and teenage children often are unaware of what learning opportunities lie beyond the traditional school day. So much can be added after school hours to sharpen a student’s academic achievement while providing additional learning opportunities to transform young people into successful adults.

According to a National Center for Educational Statistics (NCES) report a few years ago, the average American student spends a little more than six and a half hours a day in class, leaving the remaining daylight hours for supervised or unsupervised activities, ranging from playing sports, doing homework, working at a part-time job, participating in extra-curricular activities or “hanging out” at home or the mall, not doing much of anything.

While there are several program assets to optimize the quality of education our young people are receiving, there is one often-overlooked resource that a growing number of parents are now considering Boarding schools.

The term, “boarding school,” conjures up for many people visual images of preppy young people in ties, blazers, gray skirts or military uniforms. Others associate such schools with how they’re depicted in movies such as Scent of a Woman, Dead Poets Society, The Emperor’s Club, and of course, Harry Potter’s home away from home, the Hogwarts School of Witchcraft and Wizardry.

Truth be told, boarding schools where students live on campus during the school year are more accurately described as schools where learning never stops. Lessons taught in these schools extend well beyond the walls of the classroom and the clock on the wall to include opportunities for students to learn self-confidence, independence, character, tolerance, compatibility, social etiquette, and teamwork. Boarding schools, especially those for middle- and high-school age students, have the additional time with students to include life skill training alongside a rigorous academic curriculum.

Survey confirms that boarding schools make a big difference
The Big Picture on Boarding Schools survey of boarding school, private day and public-school students and alumni by The Association of Boarding Schools (TABS) showed several examples of the impacts and perceptions among the three categories of students, including the following quantitative findings: