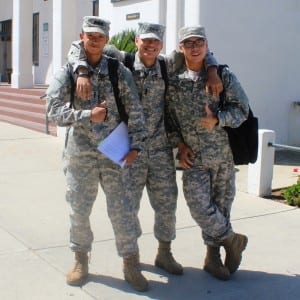 Whether your son is starting new at Army and Navy Academy, or is simply hoping to get back into the school routine after a long summer break, it’s a good idea to start preparing him for the school year as soon as possible. Children starting at a new school will have to cope with a more significant adjustment, but even moving up a single grade can mean facing a wide range of new academic challenges, an expanding social circle, and the changing expectations of a new set of teachers.

As a parent you want to prepare your son for the future and make sure he gets the most out of his education, so what can you do to shake off the summer-holidays and get them back into a successful school routine?

Get the School Sleeping Routine In-Check

It’s important that you don’t wait for the first day of school to make sure that your teen is getting in and out of bed on time. Your aim should be to ease your son into his old routine without shaking up his biological clock too badly.

According to a pediatrician from New Haven, Dr. Alexis Balomenos, the best idea is to begin introducing teenagers to regular sleep circles about two weeks before school begins again. Adjust their sleep times by fifteen minute increments every day until they’re up when they need to be. What’s more, if you want to ensure your son feels his best during class, you can check out a number of tips for healthy sleep routines provided by the National Sleep Foundation. For example, try setting an alarm to go off half an hour before his regular bedtime so that you have a block of time set for winding down, brushing teeth, and getting ready for bed.

Create a Launch Pad for Independence

After spending a significant period of time away from the strict schedule of school, teens can begin to lose small parts of their independence. If you want to ensure that they’re prepared for going it alone during school days, it’s important to facilitate responsibility and discipline.

Remember, no matter how old your son is, once he’s in the classroom and the door shuts, he’ll be handling a lot of things on his own. With that in mind, you should encourage independence as much as possible, reminding him to read the 2015 Cadet Guidebook and pack his clothes and supplies for the barracks himself.

Before school starts again, discuss with your son what he would like to achieve from the year ahead. Having set goals in place can encourage discipline and determination – two characteristics that are ideal for getting back into a school routine. Remember, the goals your son sets don’t have to be all to do with school grades and academic achievements, he can establish personal ambitions too – such as learning a new sport, making new friends, or starting a new hobby. Let your child know that each year brings with it the opportunity for new and positive changes in their lives, and get him excited about the future.