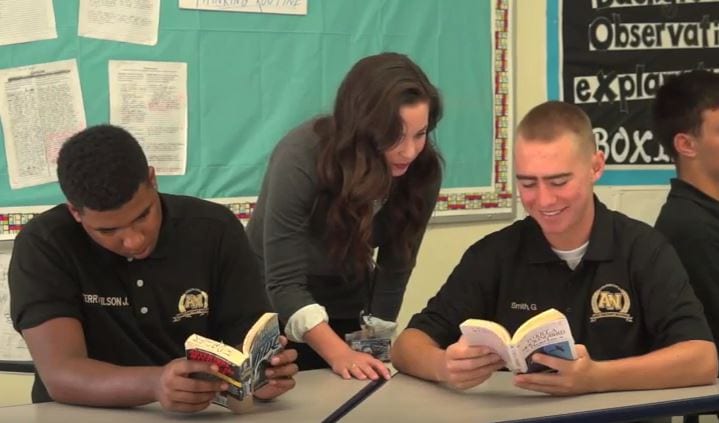 By Barry Shreiar, Chairman of the Board of Trustees

The present way most public and private schools are educating our nation’s boys today is every bit as dangerous and even fatal to boys receiving a proper education as cancer is to the human body.

As a parent of a boy who thrived as a student in an all-boys military boarding school, I’ve spent considerable time researching reasons why his education in that environment equipped him to become a successful adult.  By no means is his success happenstance, given the plight that tens of million school-age boys face in today’s one-size-fits-all learning environments found in all but a very few of our nation’s schools.

A few statistical observations underscore the crises boys face in their school years.

Why, then, are so many boys failing in most of our schools? Scientific research on the human brain tells us why:  (1) Boys behave and learn differently than girls and therefore need learning environments where those differences can be related to; and (2) The present co-educational learning environment, from kindergarten through high school, responds far better to the characteristics, behaviors and needs of female students than for boys.

The need for learning environments tailored for boys extends beyond the academic subjects and teaching practices in the classroom to include other life skills and even their living environment.

For one thing, boys thrive in structured environments where a code of conduct is clearly defined and both rewards and punishments are unambiguous. Rules and standards are accepted as long as boys see them as promoting their success. Boys crave structure, hierarchy and order as evidenced by their affinity for sports where rules prevail.

Dress codes and uniformity specifying what they and their classmates wear are welcome because they avoid confusion and angst over what to wear and when to wear it.

Military academies for boys respond to those needs for structure and uniformity through proven leadership education and character development programs. These programs fit well into how boys learn and function by teaching duty, loyalty, compassion, honor, integrity, courage, respect, gratitude, and service to others – important attributes in developing good character and leadership.

Even the military ranking system found in all-boys military academies appeals to a boy’s needs to be competitive by offering opportunities to assume greater responsibilities and advance in rank and status. A military setting can be a natural extension of what boys come to respect and want as they mature into manhood.

Author and social philosopher Michael Gurian who operates an Arizona-based institute bearing his name has been a major researcher, advocate, and trainer for single-gender education that responds to the different physiological and culture differences between boys and girls. Gurian sums up the needs and positive results a proper boys’ education provides as follows:

“Our boys need us now in ways they have not before … As we bring our … attention to boys today to support, nurture and educate them well, we give a gift not only to them, but to our families, communities, and culture.”

Barry Shreiar is Chairman of the Board of Trustees of the Army and Navy Academy, a 107-year-old school in Carlsbad, Calif. that provides a college preparatory curriculum alongside a leadership and character development program “to educate, mentor, and develop leadership and good character in young men.” The school is the only military academy for high school-age students in California and surrounding states and the only private boarding school in San Diego County.