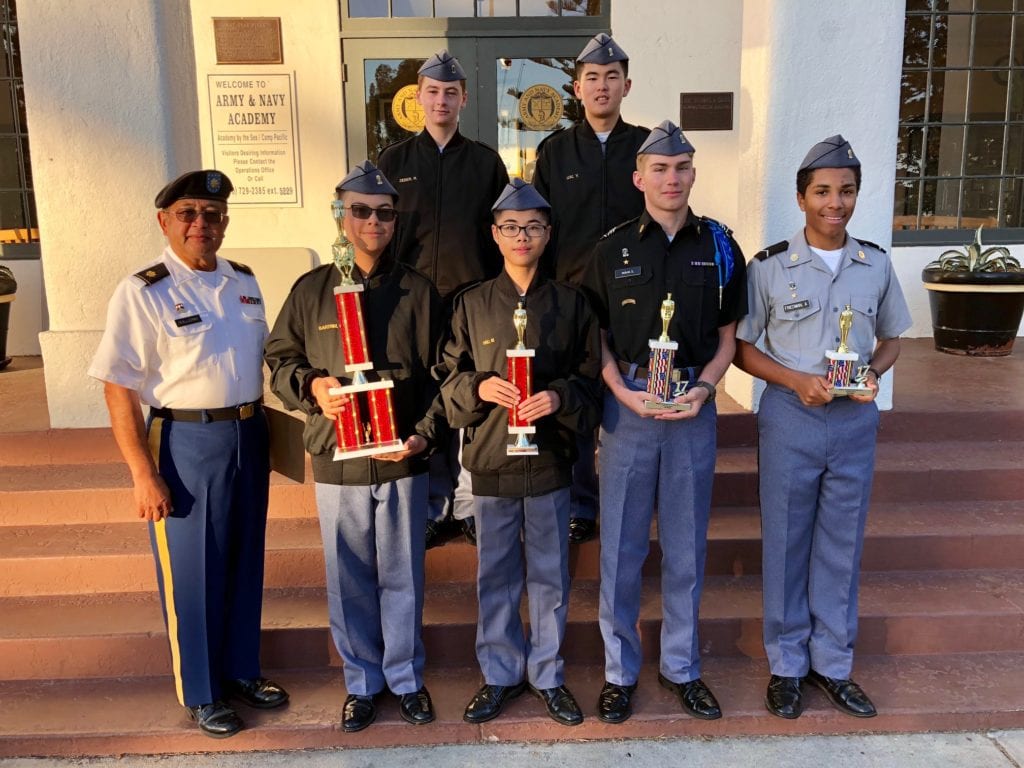 Our Army and Navy Academy Cadets won seven trophies at a regional drill competition in Anaheim earlier this month.

Taking part December 2 in a Junior Reserve Officers Training Corps (JROTC) “Rookies Drill Meet” at Katella High School, the Academy’s Military Drill Team competed with 14 other high school JROTC units in Armed and Unarmed Regulation Drill (with and without drill rifles), Color Guard, and Armed and Unarmed Tap-Out exercises. Tap-Out competition involves cadets in large formations being judged on how well they execute specific drill commands. Those who execute commands incorrectly during the competition are eliminated from continuing to compete. 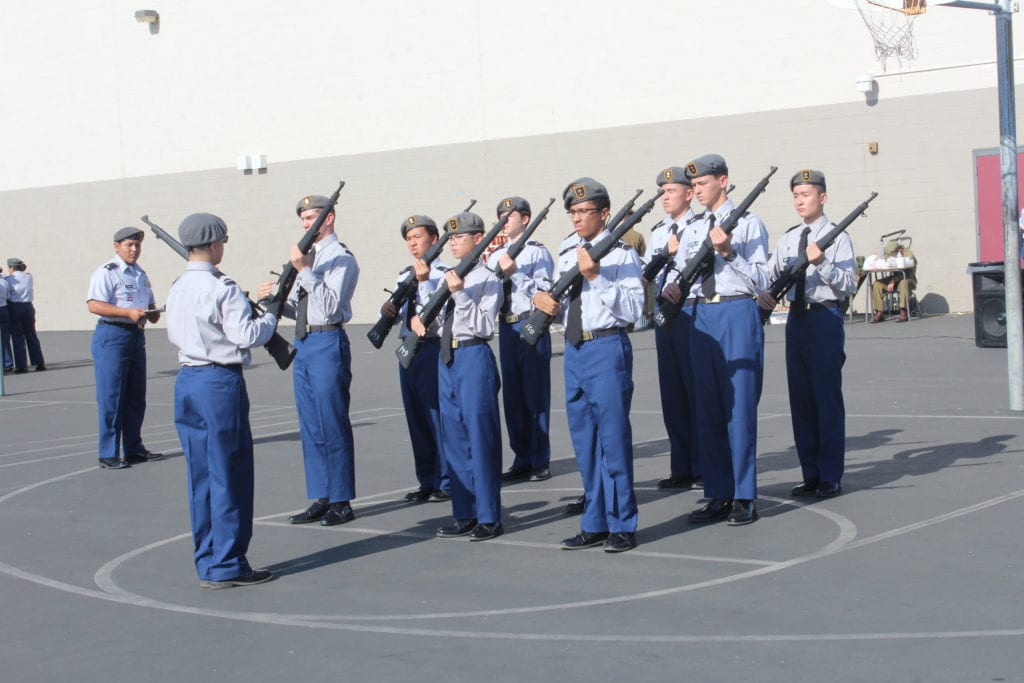 Founded in 1910, the Army and Navy Academy is located on an ocean-front campus in Carlsbad, Calif. The academy is a private not-for-profit Gurian Model School that provides a college preparatory curriculum alongside a leadership and character development program for young men, grades 7-12. The academy’s mission is “to educate, mentor and develop leadership and good character in young men.”