Cadets, Parents Are Thankful for What Makes ANA Different 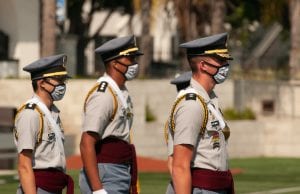 “… ANA is providing my son opportunities to be the best he can be and as an ANA parent, I could not be more pleased with our experience…” – Pamela R. (ANA parent)

The Cadets who attend the Army and Navy Academy and their parents have several more reasons to be thankful about the education they’re receiving than their counterparts who attend public and other private schools.

“Our core belief is that greatness lies in every boy; however, for boys to succeed, they must first believe in themselves,” says retired Army Maj. Gen. Arthur Bartell, the Academy’s President.

Reasons to be thankful
The reasons parents and their sons who attend the Academy can be thankful fall into the following basic categories: