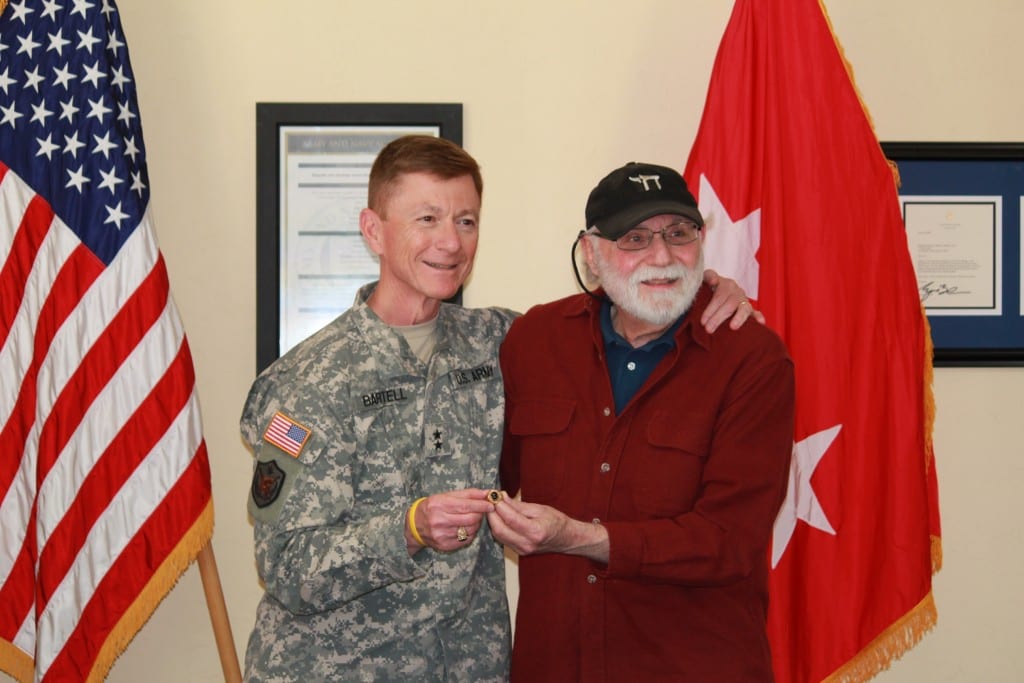 When was the last time that you thought much about your senior ring from Army-Navy Academy?

Go ahead, take your time.

If you’re coming up empty, it is understandable. No subject in recent memory has commanded so little attention.

Until February 5 of this year, that is, when Bruce Weber received a phone call from the Academy. “Your ring, your senior ring, was found,” an enthusiastic voice chirped.

“I didn’t know it was missing,” Weber countered. “The last time I remember seeing it was in 1956, when I gave it to my girlfriend, Eve, later my wife. We were going ‘steady.’ She wore it on a chain around her neck until we became engaged three years later.”

After 1959 they lost track of the ring. She remembered putting the ring in her jewelry box for safekeeping. Bruce and Eve huddled, and doing some rough math, figured it was last seen about 56 years ago. They concluded it was most likely stolen in a house burglary about 42 years ago.

The well-polished, new-looking ring, with Weber’s name inscribed on the inside, was found by Dan Fiorenza, 49, a treasure hunter who lives in Long Beach, Calif., and was on a hunt when he found the ring buried under 5-inches of dirt in a park in North Hollywood.

On his dig he found some coins and tokens before getting a high pitch tone on his metal detecting device indicating an unusual “something” below the surface. He decided to go for it. “I couldn’t believe when I saw a large ring sitting in my pile of dirt. It was too dirty to make out the color. I just saw the nice black stone with eagles on the sides. After wiping it off and pouring a little water on it, I saw it was 10kt gold and weighs 18.4 grams,” Fiorenza said.

After the hunt, Fiorenza examined the ring more closely and noticed “Army-Navy Academy” and “Bruce H. Weber, class of 1956” etched on ring. He contacted the Academy. Research verified the school ring and Weber’s graduation. It was a match.

Later, in a ceremony at Army-Navy Academy, General Arthur Bartell, president of the l05-year-old school, returned the ring to Weber, and presented him with a President Commemorative Coin, bearing the inscription “Warrior Proud, Warrior Strong.”

Weber, standing smartly at attention, thanked the General with a sharp salute and stated, “Warrior Proud.” The General, in a clear and resounding voice, responded crisply, “Warrior Strong,” and returned the salute.

“So, what are you going to do with your new old ring?” he was asked.