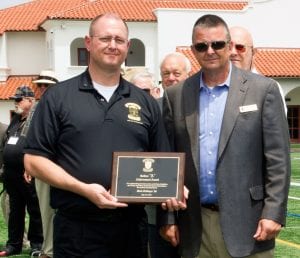 Mark Sellinger ’86  A resident of Orange County for most of his life, Mark spent many years in the funeral services industry working both in front of and behind the scenes.

In 2012, he re-established his ties to Army & Navy Academy by embracing the role of ANA Alumni Association (ANAAA) Chairman as the Interim Director while the constitution and bylaws were written. He was succeeded by then Chairman Jeff Tisor in 2013 when the association was re-constituted.

Mark is a caring and dedicated man who enjoys working with people. He continually gives his all to ensure the success of ANA and the ANAAA. He currently works in the public transportation industry as a supervisor and team leader while he continues to study different facets of the world.