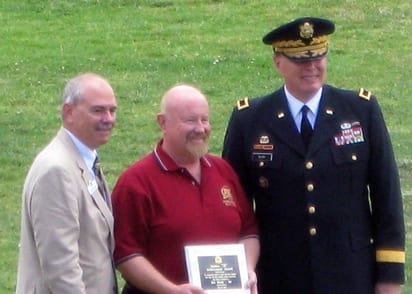 Never one to let a good joke go untold, Don Smith ’68 hasn’t missed a reunion weekend in decades, often bringing wife Barbara or one of his two sons, Brent and Ryon. Tears of pride well up when he sees the Corps of Cadets at the traditional Battalion Parade. The broad smile is always on display when he is mixing it up with alumni, whether he knows them or not. In 2010, he organized the First Annual Harold Moses Tennis Event at Centennial Alumni Weekend, attended the Centennial Gala and gathered a group for the First Annual Alumni Bill Fishing Tournament in Cabo San Lucas. This Arizona native thinks driving 500 miles to an Army and Navy Academy event is not only easy but a necessary and cherished part of his life.