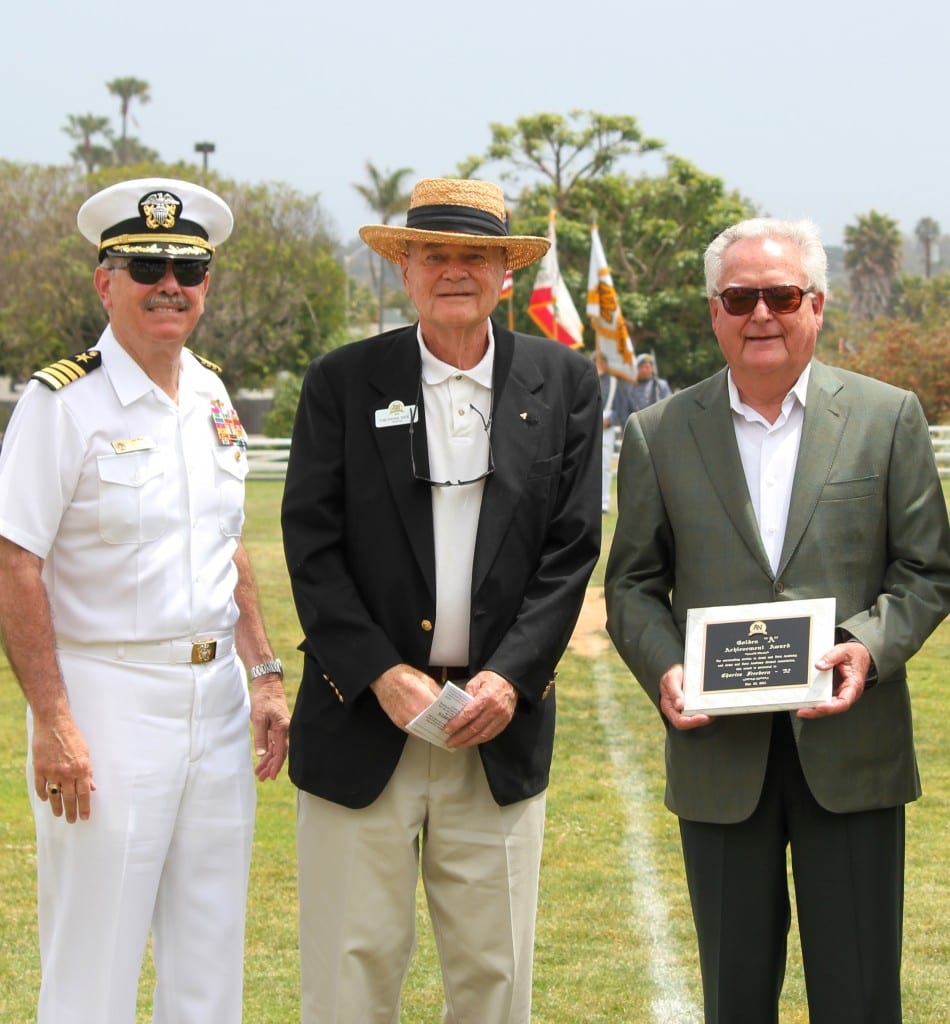 Retired music educator Charles (Chuck) Freebern ’52 has been honored by his alma mater, the Army and Navy Academy, with the Academy’s esteemed “Golden A” Award.

A 1952 graduate and son of a former Academy commandant, Freebern spent his career teaching young people music, retiring as director of music education for San Diego City Schools. Over the years, he has also been a strong supporter and important resource for the Academy’s Atkinson Warrior Band.

The award for lifetime achievement was given to Freebern during the Academy’s Alumni Weekend May 18-20, 2012, in which several hundred alumni from all over the country gathered at the oceanfront Academy in San Diego county.