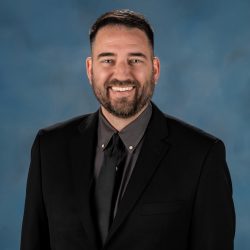 Malcolm teaches Computer Science at ANA and is central to the Academy’s efforts to innovate and advance our educational technology.  He has a deep passion for programming, and believes that every Cadet can benefit from learning about modern technology, how to responsibly use the internet, and how to exercise control over their own digital life.  He is grateful that ANA has recognized the importance of teaching Computer Science to the next generation, and to help in producing capable and educated digital citizens.

After college Malcolm spent 10 years as a US Marine Corps Officer, and Naval Aviator, flying the AH-1W Light Attack Helicopter.  With his service complete he pursued his interest in computers and earned a second bachelor’s of science degree in Computer Programming and Video Game Development.  He was inspired to pursue teaching by his wife who is also a teacher in the local area.  Teaching Computer Science at the Academy is the perfect mix of subject matter and mission.  He values the opportunity to give back to the next generation, and to help them learn to use technology responsibly.

As a former high school All-American and NCAA Division I swimmer Malcolm fully participates in ANA’s aquatics programs.  This fall he was happy to introduce open water swimming, body surfing, and lifeguarding skills to the Cadets through his Aquatics PT Program.  This spring he’ll be assisting with coaching the ANA Swim Team in addition to starting a learn to swim program.