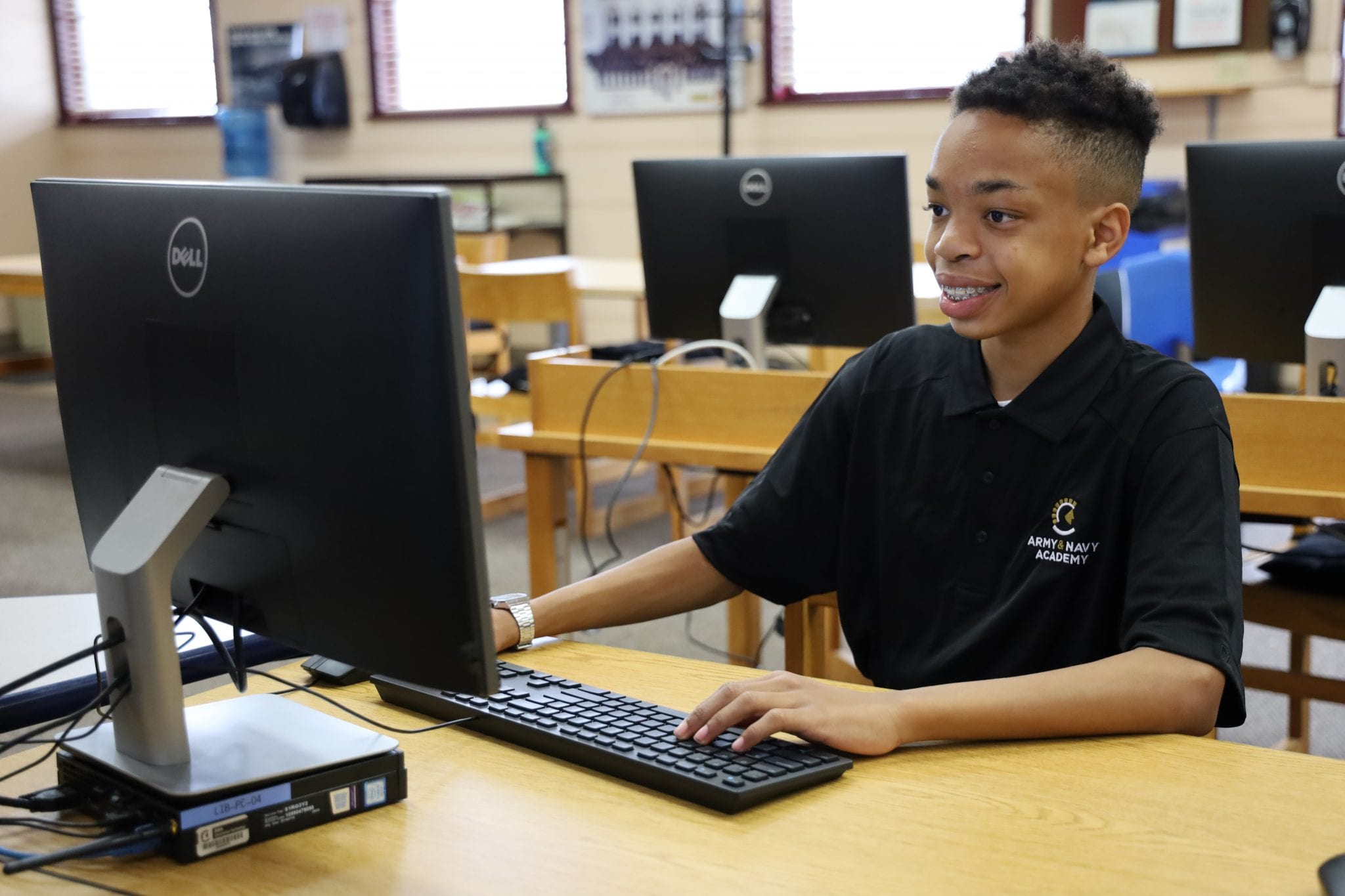 Army and Navy Academy provides a changing and growing array of information technology (IT) resources to our community of Cadets and staff members. The Academy’s IT resources include computers, networks, applications, and services aimed at supporting the Academy’s mission to educate, mentor, and develop good character and leadership in young men.

We use technology as a tool to engage Cadets and to enhance learning. Technology tools such as Google Drive, Kahoot, Google Classroom, and Loom are valuable for teaching boys and young men the benefits of collaboration, research, competition, and peer interactions. Due to the free-flowing and uncensored exchange of information and communication via the Internet, the Academy has created this Acceptable Use Agreement to ensure safe and effective use of the Internet and the Academy’s technology and resources.

The following policy contains specific and general guidelines on the acceptable uses of the Academy’s fully owned and operated IT resources. No policy can predict every possible use-case that Cadets will come across when operating our technology. If you have questions or concerns about whether your use of the Academy’s systems is appropriate, please ask rather than assume.

We live in a time when many digital natives assume that their online lives are separate from the real world. This could not be further from the truth. Actions taken on the computer often have real world consequences. Cadets are expected to evidence the Army and Navy Academy’s school values online just as they would when interacting with people in the real world.

This policy governs all Army and Navy Academy Cadets when using the Academy’s technology resources.

Access. Cadet access to school technology is a privilege, not a right, and is extended only to current Cadets. Upon separation from the Academy, your user account and all associated data will be suspended within a week from the date of separation unless other arrangements are made with the Director of Information Technology with permission from the Commandant of Cadets and the Dean of Academics.

Purpose. Use of the school’s IT resources should be aimed at the Academy’s mission. Cadets are expected to exercise good judgment when engaging in discretionary technology use and, if in doubt as to whether that use would violate this policy, seek the counsel of the Department of Information Technology. Expectations for professional behavior apply across all platforms, services, and applications provided by Army and Navy Academy.

Prohibitions. Prohibited uses of Academy IT resources include, but are not limited to:

Potential Dangers. Cadets and patrons should be aware of the potential dangers that use of the Internet can bring. All Cadets are expected to follow the following guidelines:

Academy Email Accounts. Cadets are issued an Army and Navy Academy Gmail account from the anawarriors.org domain. This email can only be used for Academy-related communication. All communication from and to these email addresses is tracked and recorded. Cadets will report any unusual “spam,” obscene emails, chain emails not related to the Academy, and any other violatory behaviors to WIT.

Personal Devices on Campus. Cadets are allowed a total of four digital devices on campus: one smart phone, one Academy-provisioned Chromebook, and two personal devices of your choice from the following: a desktop computer, laptop computer, tablet, or gaming system. Wireless hotspots are forbidden on campus and will be confiscated as contraband if found. Smart phones must have their hotspot capabilities disabled while on campus.

Wireless Resources. Army and Navy Academy provides cadets with 25mbps wireless connectivity via the ANA Cadet wifi network. Cadets can authenticate using their campus Windows credentials through the ANA Cadet Meraki network or use their Academy-issued Google credentials through the ANA Cadet Google network. All other SSIDs broadcast by the school, including but not limited to the ANA Staff Google, ANA Staff Meraki, ANA Device, and ANA Guest networks are explicitly forbidden to cadets.

Personal Devices in the Classroom. Only Academy-provisioned Chromebooks should be used in the classroom except with the explicit permission of your teacher. No other digital devices, including cell phones, are allowed in the classroom without teacher approval.