How One School Adapted to Remote Learning During Crisis 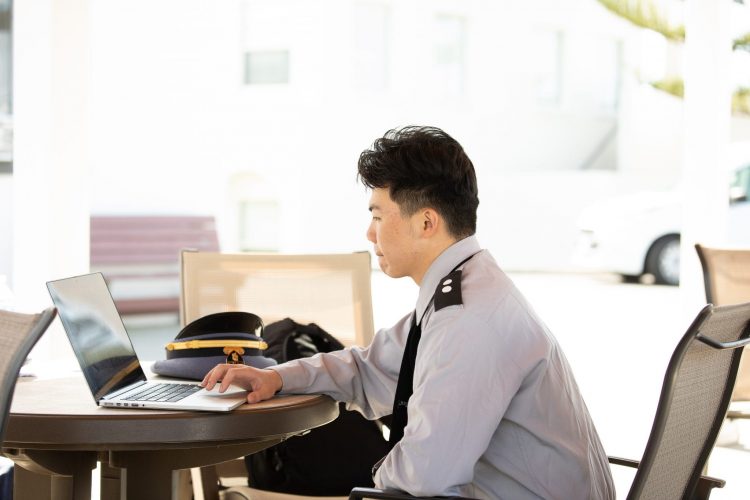 “These are trying times, unprecedented in our lifetime – but we will persevere… You’re not in this alone … we will get through this together! Learn from this experience and strengthen yourselves, academically, physically, and emotionally – be a disciplined leader…”   —Excerpt from a letter to cadets by MG Arthur Bartell, President of the Army and Navy Academy

The 2020 coronavirus pandemic has brought about massive changes in the daily lives of people of nearly every nation on earth, including what U.S. schools are now doing to educate children and young adults to become productive and successful citizens. Academic content itself remains the same; however, the manner in which that content is now being taught in elementary, middle, and high schools that has undergone a total transformation during the stay-at-home quarantine. At least for now, physical “brick-and-mortar” classrooms are being replaced by a much-smaller learning environment – laptop or Chromebook computers being used by students at home or other safe locations.

By no means has the transition to remote learning been a routine move, especially considering the worldwide public health emergency that sprang up in a matter of a few weeks.  Some schools have adapted successfully; others have not as evidenced in an early April Los Angeles Times article, headlined “The new reality of school at home: Overwhelmed. Isolated. Unfocused. Very Stressed.”

Little wonder, given that it became clear early on that California’s schools were going to be shuttered for the balance of the school year, resulting in more than six million students being sent home to navigate online, distant, or as it’s also referred to, “remote” learning.

As a result, public schools in California and other states are being forced to deal with obstacles in their respective state education bureaucracies to be sure they can maintain contact with and effectively teach students; not to mention the many other constraints that need to be overcome. A late-March New York Times opinion column, “Has Your School Switched to Remote Learning? How Is It Going So Far?,” listed several observations that could hinder some students from accessing the benefits of remote learning which are paraphrased as follows:

A successful remote learning program rollout. The challenges to continue providing an education while school campuses are shut down are not confined to public schools. Private schools are under the same closed-campus edict as their public-school counterparts. However, one such school, the Army and Navy Academy, a college preparatory boarding school for middle- and high-school boys in Carlsbad, Calif. met the challenge of preparing their Remote Learning plan at the very first signs of a possible global health crisis.

Early in the year, the Academy’s Dean of Academics convened a meeting of the Assistant Dean, Department Chairs, and the Academy’s Computer Science Teacher/Education Technology Specialist to develop a remote learning program should it became necessary. One of the first decisions was to require the Academy’s Cadets to remain at home after the extended spring break in mid-March. At the same time, the school’s teachers; counselors; and Trainer, Adviser, Coach (TAC) officers received robust training on technology and other remote training tools to ensure they were ready should the transition become necessary. Teachers and counselors at the Academy had been working with Google Classroom for several years; so, the focus shifted to training TAC officers to set up virtual classrooms that, in addition to academic classes, would focus on physical exercise, staying active, and maintaining good hygiene.

Academy cadets come from 15 U.S. states, 18 countries on all six inhabited continents, and eight time zones.  The early planning and longer timeline provided teachers and counselors sufficient time to set up engaging and interactive courses and resources for all Cadets. Further, TAC officers had ample time to incorporate a daily structure that would include a focus on exercise, hygiene, and other resources to support the virtual classroom’s academic classes.

One key advantage in setting up its remote learning program was the Academy’s existing small class sizes and the fact that the teachers, counselors, and TAC officers were already well acquainted with the Cadets and their families. The Academy’s Academic and Cadet Life Administrative Team continues to work with teachers, counselors, and TAC officers to ensure Cadets who are struggling academically, socially or emotionally are well supported and set up for success.

However, equal to if not more so than technology tools is the passion and commitment on the part of teachers and other staff members to use remote learning to continue to instill in every cadet the belief that he can achieve or exceed any goal he sets for himself.

Positive feedback
Predictably, the Academy has received very positive feedback on its remote learning program from parents.  Many said the clear differences between the Academy and other schools they were familiar with were that the Academy started planning much earlier, the Academy’s passionate and incredible teachers and counselors, and the strong relationships that had been forged throughout the school year between teachers, counselors, and TAC officers and their Cadets. Also, parents reported they appreciated being able to join Virtual Parent Conferences to communicate with their sons’ teachers, counselors, and TAC officers via phone conferences or Google Hangouts Meet video conferences. Additionally, parents, alumni, and other Academy stakeholders stay current through regular communications from the Academy’s President, Dean of Academics, Commandant, and Counseling Department.